Nollywood actor, Yul Edochie caused quite a stir on social media after a photo where he posed in a coffin was spotted. 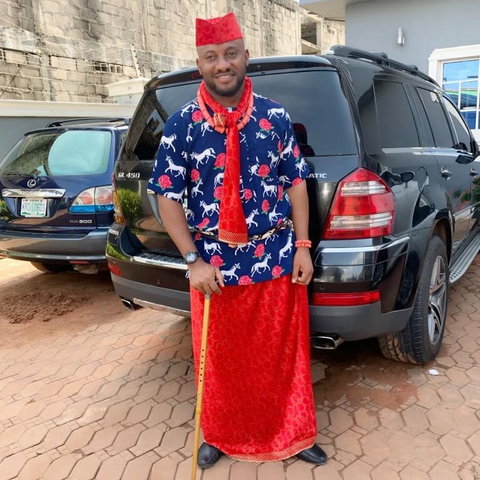 surrounded the white coffin with him posed inside, legs crossed and a huge smile on his face. He posted it on his Instagram page with the caption, “Just imagine. Just negodu Odogwu.”